In this blog post we are sharing a framework on how to verify developer activity and the impact it has on a protocol’s token price. The leading protocols of the DeFi sector of selected chains were studied on their GitHub action, frequency of updates/reports, and whether these actions influenced the token price.

The Electric Capital Annual Report took a deep dive into developer activity and noticed an uptrend boosted by a bull market in 2021. Most chains showed an increase in the number of developers and new repositories. However, at the time of writing of this article in 2022, we have entered an undisputable bear market with no signs yet of turning around.

The charts below show an updated view of the developer activity this year and were built by Leo Data Vinci, which monitored over 150k repositories and 98k developers to aggregate the data. The first one shows the monthly creation of new repositories in the chains covered in this article.

We can see a downtrend since Feb/22, and a sharp movement on May/22, following the Luna/Terra ecosystem event.

This chart shows the sum of the monthly commits at the repositories monitored. By the end of September, we see that the activity at Solana and Ethereum have reached their lowest point in a 1-year timeframe.

The last chart shows the number of developers that committed their first code at these chains each month. We also see that these numbers are shrinking.

What story do these charts tell?

They show the same pattern observed in the Electric Capital piece:

Harsh market conditions discourage new developers' entrance. And the number of new projects also cools down. In that scenario, how do we measure developer engagement and project resilience?

Builders keep building. And this is the best time to have a clear view of projects that keep pushing new code, get the innovation going, and set the stage for a new era of growth. So, in this article, we will check the Top Defi Protocols in the following chains:

And we will keep track of

In this framework, we selected top DeFi projects by AUM at DefiLlama (giving preference to protocols native/exclusive on that particular chain) and measured their Github activity, social media engagement, and announcement of new features. Then following the price action of the platform’s token to verify if these developments are being recognized or if something is under the radar.

The takeaway is that the positive price action lags behind Technical Improvements (Github action) and Social Communication (Announcements). The current price levels are nowhere near the ATH, and if a team continues building and engaging with the community, there is a fair chance that the price won’t remain suppressed for too long, as new features will bring improvements to the protocol.

The information is summarized in a table for each chain, where there are links for the GitHub repositories, Docs, and websites (tech). We also tracked the project's blog for announcements and reports (social). The Token’s Coingecko page and comparison to ATH are also provided (financial).

We will provide highlights of specific protocols at each chain where we identify an asymmetry between the Tech and Social combo and the Financial response.

Analysis of each chain

Observation: In our sample, some protocols didn’t have updates on their public GitHub repositories for the core parts of their products. While this doesn’t mean that nothing is being developed, this is a point that we have to pay attention to. The same is true on the announcement/report side, as it is another warning sign if a protocol doesn’t have an updated roadmap and constant reports.

Mycelium is a good example to validate this framework. It is a derivatives exchange in Arbitrum that announced a staking option for their token on September 23rd. In this case, we can see an indication that a correlation exists between the announcement of a new feature and the price action of the token.

Why it matters: Staking generates a new revenue stream to the token holder (paid in ETH), incentivizing the lock.

GMX deployed a new repo called “gmx-synthetics” on Oct 3rd. It was announced in a blog post in May, and it will enable it to use synthetic assets for swaps and perp trading.

The token price is not showing interaction with the upcoming release yet.

Why it matters: the ability to mint synthetic assets to be traded at the exchange expands the trading pairs offering, and it is a catalyst to onboard more traders to the platform. This will generate more fees, increasing the rewards/profits to token holders.

Perpetual GitHub has a lot of updates on their referral program and also in the core contracts.

This is in tandem with their last update blog post. Their token price didn’t show any relevant movement yet.

Why it matters: the change in their referral program will introduce a migration to their vePERP token, aligned with the new tokenomics proposal. To be able to participate in the referral program, the referee will need to have a minimal stack of vePERP. The rewards are rebated in trading fees, and the higher the vesting time, the higher the rewards.

Trader Joe’s devs are working to deliver the next generation of their AMM, introducing the Liquidity Book.

This is a different approach to providing concentrated liquidity that is being built by their team. Communication about it started at the beginning of Sep/22.

Why it matters: The release of a new liquidity schema is a major event for an AMM. The approach proposed will bring concentrated liquidity to Trader Joe, increasing the Liquidity providers' revenues, and also has the ability to bootstrap more trading volume into the exchange.

Marinade Finance deployed an upgrade to its Liquid Unstake feature on its protocol, making it available for all staked SOL, not only to their own mSOL.

The price chart shows an upward movement that has retraced almost completely to the level before this announcement.

The monthly report shows that the revenue from liquidy unstake represented 119 mSOL, with less than one month being available for any staked SOL version.

Why it matters: The usual unstake period is around 48-72 hours and Marinade is offering an instant method charging an 0.3% fee. In moments of intense market movements, this feature will be heavily utilized (as it allows instant liquidity unlock), generating revenue for the protocol.

When that happens, we can go to the project's social channels and find an answer there: In this case, they are planning a migration to Arbitrum.

Why it matters: Gains Network's move to Arbitrum will unlock the possibility of other protocols to access their liquidity pool. This will increase its utilization and the protocol’s revenue, which is shared with the token holders.

Comparison table of DeFi Protocols - Near

Ref Finance GitHub shows consistent commits over the last month. As NEAR Ecosystem had a conference (NEARCON) on September/22, the main protocols in the ecosystem prepared upgrades and announcements. At Ref Finance it was not different, as we can follow in their last Update in their Medium.

They will shortly launch their new veToken and an update at their AMM, switching it to the concentrated liquidity model. When we look at the price action for their token, an upward movement is happening, but the value is still far away from ATH.

Why it matters: Ref Finance is upgrading its tokenomics (launching the veToken that allows users to direct where the incentives should go) and have plans to launch the concentrated liquidity feature. That will increase the protocol’s utilization and user base.

Yearn deployed a new product called yCRV at the end of Sep/22. They are pushing it on all their social media channels.

However, the YFI price action is not reflecting the potential of this new Vault on their protocol fees.

Why it matters: Yearn is innovating in its product line and also in its tokenomics. They are releasing veYFI shortly, giving the token holders more vote power on the protocol. Both events will drive the demand up.

The time spent diving into the GitHub repositories is worth it, as it gives several insights into which protocols are ready to release new features. This is the proposed framework in this article:

It is one possible approach (more conservative) for analyzing protocols that are successful in their ecosystem, usually with over 1 year of existence, and gives the investor current information about their development.

The investor can also probe for newer protocols to check if it is possible to catch more asymmetrical information (a protocol that will mint their token or has a major upgrade/funding that was not yet announced).

Overall, the protocols that continued building into this bear market, delivering new features/products, and also were vocal about it, are in a different price level, for example, GMX and Gains Network.

Liquality is the one wallet to cover all chains. Hold and swap your assets across multiple chains in one easy-to-use wallet. Use the Liquality wallet to explore Bitcoin, Ethereum, and other chains like Polygon, Optimism, Avalanche, BNB Chain, Arbitrum, and Rootstock in a secure, one-stop wallet. Liquality: One Wallet. All Chains. All NFTs. 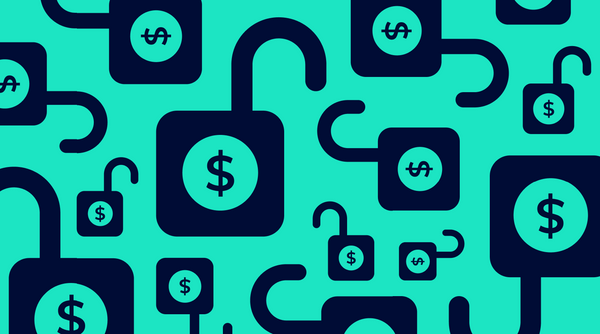 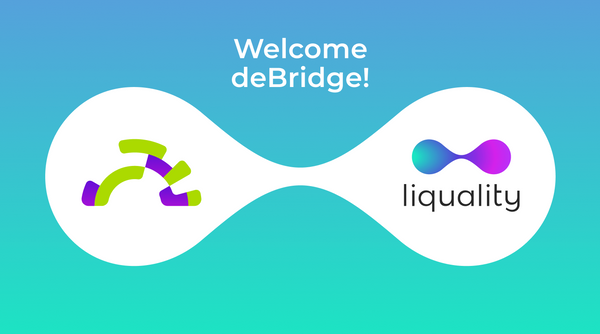 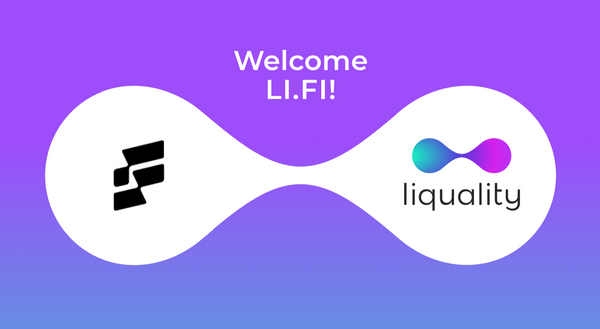 LI.FI brings more bridges and DEXes, giving you more options to swap across chains. We are excited to announce that the Liquality wallet now has LI.FI as a new swap provider! This addition means an increased number of cross-chain swap pairs available on Ethereum, Arbitrum, Polygon, BNB Chain,